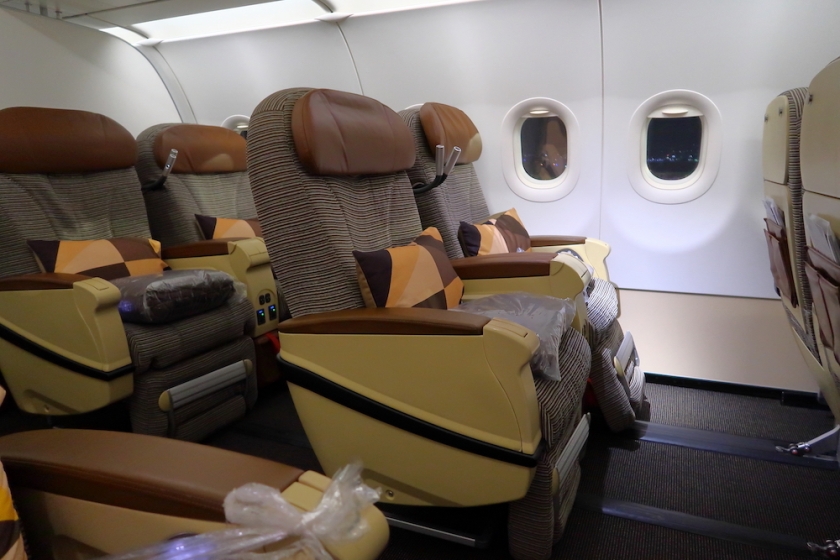 Hello from Cairo! Just another round of adventure transiting at Cairo International Airport. We arrived on our Turkish Airlines flight from Istanbul at 2 AM. That means we had about 4 hours to spare. It might seem a lot, but we had to have a good buffer because transiting in here could be very unpredictable.

At this point, my friend and I were exhausted. We proceeded to the transfer desk staffed by Egypt Air employees. Since we still had more than 3 hours until our next flight, they couldn’t check us in. They took our passport and told us to sit.

After half an hour, I checked with them again but they told me to continue waiting. Around 3 AM, they finally called us and escorted us downstairs. Now we just waited for the shuttle van to pick us up. We waited very long and I started to get antsy because It was already 4:00 AM. That means we only have an hour and forty minutes until our departure time and we had not even left Terminal 3. After trying to remind them several times, the shuttle finally arrived. We transferred to terminal 2 and proceeded to the transfer desk again.

The transfer desk at Terminal 2 was staffed by the airport officials. He was very nice and ensured that we wouldn’t miss our connection. He took our passport, told us to sit, and called the airline representative. Thirty minutes later, someone came to bring our boarding passes and luggage tags, though we didn’t need to check our bags.

We finally got our boarding passes 50 minutes before the scheduled departure time. We stopped by the lounge to use the restroom and walked over to the gate.

We didn’t wait long at the gate until the boarding process started. It was the same type of aircraft and configuration as our outbound flight a few days before. I find the Etihad’s regional A320s comfortable. It was not a lie-flat configuration, but the legroom and recline are more than enough for a short 3-hour flight.

Breakfast service began shortly after take-off. I always prefer something savory in the morning. So if there were two options between French toast and omelet, I would choose the latter. That’s what I did.

The breakfast tray consisted of cheese omelet, sausages, potatoes and sauté vegetables. The dish also came with a bowl of cut fruits and pastries. I also ordered a double-shot espresso.

The flight attendant serving in the business class cabin couldn’t be more professional. He is also very friendly and efficient.

The service completed within an hour after take-off. It gave me a couple of hours to nap. Two hours later, I woke up and we were descending into Abu Dhabi.

We touched down in Abu Dhabi 25 minutes ahead of schedule. We deplaned and proceeded to the passport control. There was no line at the immigration and we were on our way within minutes.

Transit in Cairo is always interesting. This time was not an exception. Even though we eventually made our connecting flight, it took a while to transfer between terminals. I will write a separate post on this to give you an idea about the entire process. Though I will do it again given the market often offers incredible premium fares. We just need to prepare and make sure to have enough buffer.

The flight was great. It was a short 3-hour flight from Cairo to Abu Dhabi. The seats were comfortable and the service was incredible. I would not hesitate to fly Etihad again on short and long haul flights.