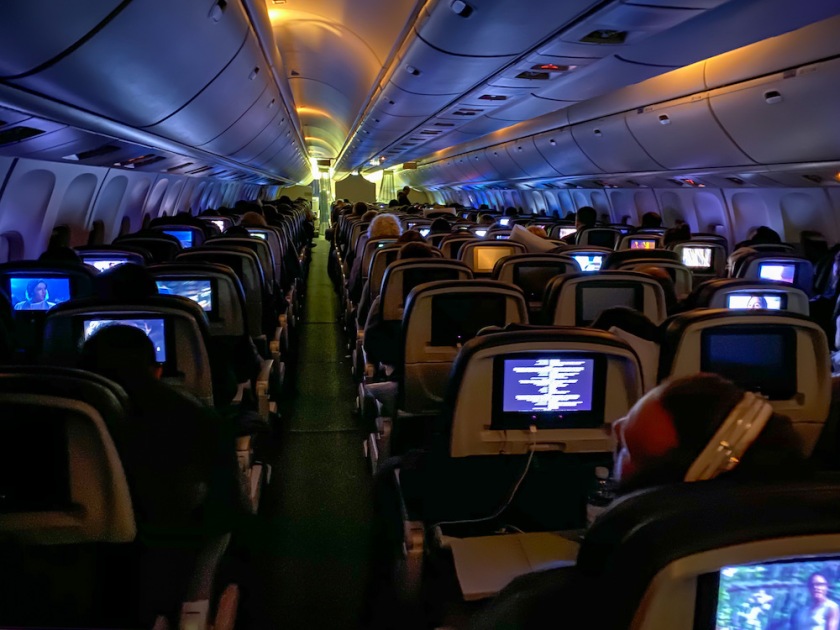 I visited the Star Alliance Lounge before my flight. I couldn’t help but kept checking the upgrade list. There were only a few seats open in business class, yet the upgrade list kept growing. I was getting very antsy.

Fast forward, the gate agent started processing the upgrades. I didn’t make it. The passenger above me got the last seat in business class. She was very nice and apologetic, which was unnecessary. It was totally understandable, though I wasn’t sure how I would handle a 10-hour red-eye flight. To be completely honest, the last time I flew a long haul in the economy was 9 years ago. I have been so fortunate to have the opportunity to fly comfortably and I don’t take it for granted. The biggest problem for me is that I can’t sleep in a sitting position. So I knew it was going to be a sleepless night.

The nice agent gave me the entire exit row to myself, which I really appreciate. I was assigned seat 21F. While the legroom is virtually unlimited, it’s impossible to lay down due to fixed armrest between 21E and 21F. It is what it is – I tried to make myself comfortable. The door closed, we pushed back on-time. Due to congestion on the taxiway, it took a while for us to get to the runway. We finally took-off 15 minutes later.

The crews working on this flight were the same ones on my previous flight. They were friendly – I have nothing to say but good things about them. Dinner service commenced shortly after take-off. It started with drinks – I had Dasani Sparkling Lime. There was no menu in the economy. The two options were either beef or chicken. I chose the former.

The portion size was expectedly smaller, however, it was delicious. The beef was flavorful and tender. In fact, the dish was better than what I had in business class. I’m not sure if the out-station catering vs in-house made a big difference. The service was quick and efficient. The crews came around the second time offering chocolate mousse and water. I appreciate that they proactively gave me two bottles.

The crews dimmed the light. I attempted to sleep but I have no luck. The temperature around the exit rows was freezing, which made it even harder to fall asleep.

After 8 miserable hours trying to sleep, I finally gave up. I did not sleep a single minute on this flight. I knew what I got myself into. I partially blamed myself for taking this trip knowing there was always a risk.

Since I couldn’t sleep, I decided to open my laptop and got some work done.

About an hour before our arrival in Washington, the crews turned on the light. The breakfast service started. There was only one option – it consists of a croissant, yogurt, and a fruit cup.

Again I can’t say it enough how well the crews executed the service. The croissant was warm and soft – meaning they actually took the time to prepare it. In fact, I don’t think there is any difference between continental breakfast in the economy and business class other than the plating.

About 30 minutes later, we started to descend into Washington. The crews then prepared for landing. We touched down ahead of schedule.

Washington Dulles is one of my favorite U.S. port of entries. The immigration and custom are one of the quickest, most efficient, and easiest to deal with. At other port of entries such as Dallas and Miami, sometimes they asked my passport for verification in addition to my global entry receipt, along with some questioning. At Dulles, they only asked for the receipt and I found my self at the arrival hall within minutes.

The service and food were great. The seats were fine. But I had a miserable 10-hour sleepless flight. It was all on me – I even blamed myself. Unfortunately, I just can’t sleep in a sitting position. When I got home, I went straight to work. It was definitely a long night and day for me. I actually got sick for almost a week after the trip.

But I am thankful that I made it home safe and sound. I knew what I got myself into and I learned from my lesson. Now that I’m home for a while, I have something to look forward to – my next adventure in November. I can’t wait!

North Cascades National Park
A brief plane spotting from the Moon Buggy at Dulles 🛫🛬🚌
TAPAS or SELECT? These are the two snack boxes served on @united flights
One of the first flights in 2021.. let’s hope things get back to some level of normalcy soon! @united 🤞🏼🙏🏼😷✈️
Light at the end of the tunnel ✈️
Is it the guest house or the mosque in the Taj Mahal complex? Can you guess? 🕌